Top 10 Ukrainians Stereotypes which are true

10. Ukrainians are flashy
When Ukrainian people dress up, they go all-out. Sky-high heels, glittery skirts and fur coats on impeccably made-up girls, the latest in crisp, bright or loud men’s fashion on guys. When they’re not dressing to go out, Ukrainian men tend to tone it down and wear quiet clothing, but Ukrainian women keep it dialed up, always seeming as though they’ve stepped out of a fashion magazine.
9. Gender roles are alive and well in Ukraine
Men are men and women are women in Ukraine... in every aspect of daily life. Men are expected to be very traditionally chivalrous, opening doors, pulling out chairs, and paying for the ladies. Women are expected to cook, clean and always look gorgeous – and not act offended when they encounter these kinds of attitudes.
8. Ukrainians speak Russian
As well as Ukrainian of course. It’s better to have two native languages, than one. That’s why we don’t have any problems with understanding and speaking both Russian and Ukrainian – and we could never be ashamed for being bilingual.
7. “Salo” and “Borsch”
“Salo” (lard or pig fat) and “borsch” (soup) are considered to be Ukrainian  national traditional dishes. And  the stereotype that Ukrainians eat it every day is really widespread among the foreigners. We will neither confirm nor deny it, but one thing we can say confidently: if it seems strange to you, you just have to try! You will definitely like it.
6. Ukrainians are superstitious
Ukrainian people have a lot of “superstitions” that are mostly habits – like “knock on wood” is in many cultures. Many people in Ukraine will sit down inside their house before leaving for a trip to ensure a good journey; they will consider it good luck to break a glass accidentally, and they will spit three times over their shoulder after they knock on wood. Most people don’t actually believe these things “work”, but they always – always – do them anyway.
5. Ukrainian babushkas
The babushka, or Ukrainian granny, is a pervasive image in Western culture, and, good news – she exists! There are a lot of older women in Ukraine who look exactly like stereotypical “babushkas” – small and short with scarves around their heads, ready to run you down with their wheeled shopping cart.
4. Friendliness and hospitality
Some foreigners say that we seem to them very gloomy and constantly quarreling with each other. In fact, we are very hospitable, always ready to help, we love to give advices, even when we are not asked, and we also have a wonderful sense of humor. You should at least once come to dinner for an ordinary Ukrainian family, and you will immediately feel all the friendliness and hospitality of the Ukrainian people.
3. Ukrainians love drinking
According to WHO, Ukraine ranks 6th in the world in terms of alcohol consumption - an average of 13.9 liters per capita per year. If you are ever at an event of any sort organized by Ukrainian people, there will be vodka there, and it will be offered to you! But this does not mean that we are alcoholics - it's all about Ukrainian hospitality and affection to soulful “sit-rounds”.
2. Ukrainian women are extremely beautiful
Walk down any street in any Ukrainian city and you will see that this is absolutely true. Young Ukrainian women are gorgeous, and they are very particular about their appearance – most women will not go outside without their hair and make-up perfectly done and their outfit, shoes and accessories perfectly matching.
1. The heart of Europe
In addition to the fact that Ukraine is the largest country in Europe in terms of area, also the geographical center of Europe is located in the village Rakhiv in Transcarpathia. We also have our own seven wonders - the UNESCO World Heritage Sites, among which are the ancient Sophia of Kiev, Chersonese and the unique beech forests in the Carpathians.

Despite the fact that there are many stereotypes, myths and even legends about Ukraine and Ukrainians - do not believe in everything that they say. We are sure that it is better to see 1 time than to hear 100 times - therefore, just come and see with your own eyes. Welcome to Ukraine! 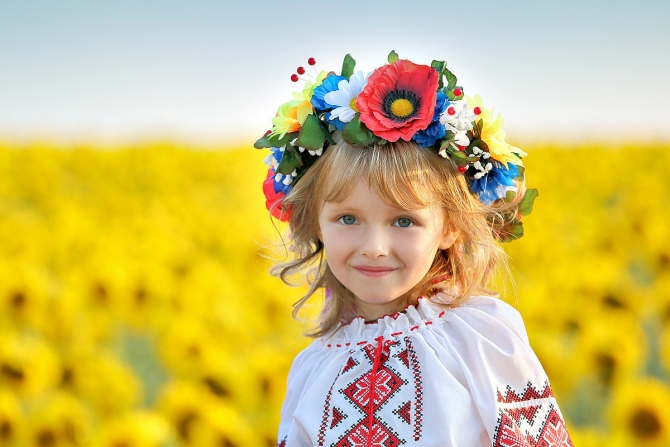